At this year’s Scoil Samhraidh Willie Clancy I was very honoured to have been asked to officially launch Danny Diamond’s wonderful solo album ‘Fiddle Music’. Here is a transcript of my remarks: 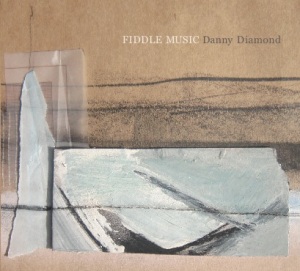 Good afternoon, my name is Conor Caldwell and I have had the  good-fortune to know Danny Diamond for almost all of my life, probably the single characteristic which qualifies me for this role today.

It is my distinct honour to speak to you today about a recording that is so intriguing and well-executed and truly one of the best I have heard in 2014. It is beautifully produced, a handsome specimen, with art work from Susan Hughes, who is based in Belfast, and Danny has provided the listener with informative and well-presented sleeve notes. He travelled to Brussels to have the mastering completed, something which well and truly demonstrates his commitment to his project.

I think that every so often a CD comes along that forces us to re-evaluate the way we think about our tradition, an this is certainly one such example. From the opening salvo, which I will come back to in a moment, Danny lifts us and carries us along, pointing out the route he has travelled over the last two years. This has been a long-term project for Danny, not something dreamt up and spilled out in a few weeks or even months.

I have been in a privileged position to hear the sets on this CD develop and evolve over the course of the project. I have heard Danny build-up sets, rip them apart, reconstruct them and find new ways of expressing his innate musicality through them.  After all this, I find it really wonderful that the final arrangements still managed to surprise me in all the best ways possible.

Danny’s musical identity is now firmly rooted in his native city of Dublin, and in the music of Tommy Potts and Sean Keane in particular. But importantly, he is not simply channelling these elder-statesmen of the tradition in some vain intellectual exercise, he is firmly putting his own stamp on proceedings all the while acknowledging many of the more formative influences on his style. A set of jigs from his mother’s playing are found near the start of the recording,while  a set of Donegal reels played with his father, Dermie, and a beautiful set of tunes in duet with Eoghan Begley, Danny’s regular playing partner from Hughes’s Bar in Dublin, are also found. Danny also emerges as a composer of tunes which so subtly challenge the boundaries of the tradition, all the while still managing to sound joyfully familiar to the listener.

The sparse nature of the accompaniment breathes life into a sound-world  which is more archival than modern in nature – of course this is not altogether surprising given Danny’s line of work, as Field Recordings Officer with ITMA. The atmospheric drones from Ian Lynch’s pipes and smooth accompaniment from Aki’s nyckelharpa are more than distinctive and really set the tone for a wonderfully thought-provoking album.

I’ll conclude with this thought: Danny’s begins the CD with a cheeky little prelude figure, in which he is doffing his cap to Tommy Potts. This prelude is based on the opening bars to the reel The Green Fields of America, but there is a certain melodic ambiguity in that for a moment we think we might be listening to the old Irish air Cailín Deas Cruite na mBó. In these few seconds, as we strain our ears to dissect the melody, we are drawn in and our attention is immediately demanded before Danny moves onto the real business of the rest of the CD. In many ways this serves as the perfect piece of imagery for the album: it draws us in, it demands our attention, before the real business of what is surely going to be an outstanding and very successful career as a solo performer.

I commend this CD to you all, and I officially launch Danny Diamond’s magnificent CD ‘Fiddle Music’ here, at Scoil Samhraidh Willie Clancy. Thank you.